Burdock the Edible Medicinal Root. From Burrs to Rhubarb and Back to Burdock! 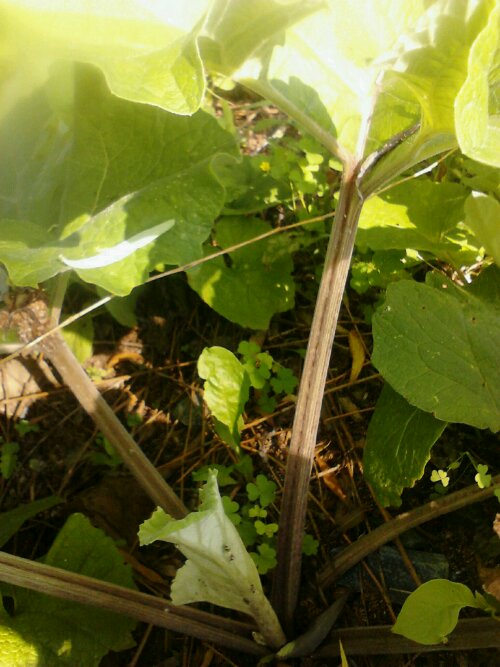 *Caution!* Sometimes the word dock is used as a nickname for Yellow dock/Curly dock as well as Burdock!
Here is my post on Curly Dock a.k.a. Yellow Dock Each plant has very different effects when used!

*I am not an expert. I am an enthusiast. Please seek expert advice and identification for all foraged plants!*

Now back to my discovery of Burdock…with some help from a friend! Phew (wipes sweat from brow!) 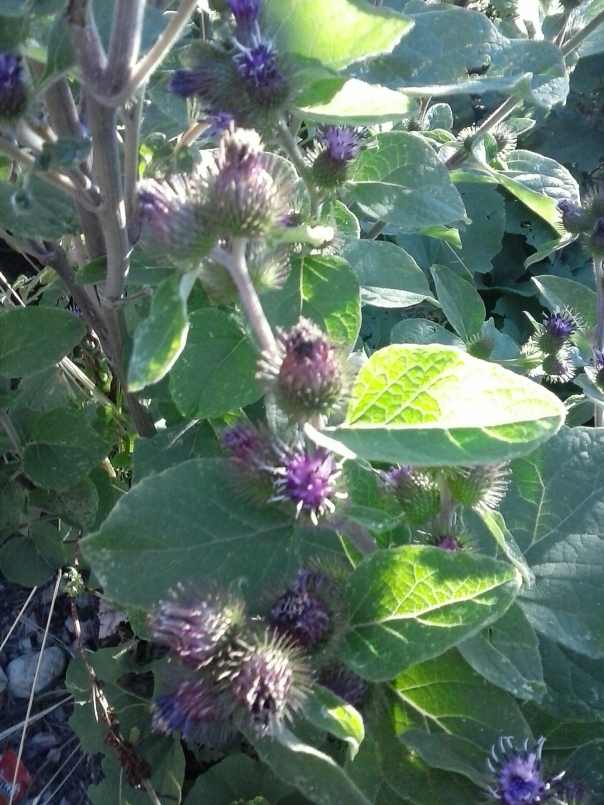 Identifying wild plants is serious business.  For example, I initially mistook this plant for rhubarb. WRONG!   BURDOCK it is.  Young burdock can be confused with FOXGLOVE which is deadly poisonous… so take an expert with you and a field guide too!

****Here is a helpful page to distinguish between new growth of burdock and foxglove. Check it out!

Burdock:  sometimes it is mistaken for rhubarb.  I know that well.  I had forgotten what I knew as a child.  What I had learned in the New England woods…that rhubarb likes damp soil.  Soil prone to swampiness like its plant neighbor skunk cabbage.  Known for its strong skunky odor.  I find skunk cabbage fascinating.

And when its roots are broken it emits the skunky odor.

But, on this day with visions of strawberry rhubarb in my head…I found BURDOCK!

I made a newbie mistake.  I found what I thought I was looking for…meaning you want to see what you are looking for…but stumbled upon an even more complex and exciting plant for me.  BURDOCK.

Embarrassingly…I posted a picture of burdock as rhubarb.  I dressed burdock up as rhubarb and I am grateful my friend Ed noticed.  Being my facebook friend, and my friend for 30 years where we met as young adults…it is fun to know we both share an active interest in wild edibles and wildflowers.

He wrote me back and said the plant looked a lot like burdock or dock as he called it.  So, I want to thank my friend for showing me the way to burdock…through a strawberry rhubarb colored door…I took a carnival door…filled with tricks in mirrors…on my discovery to the world of Edible and Medicinal BURDOCK.
Here is a picture of my friend as a child 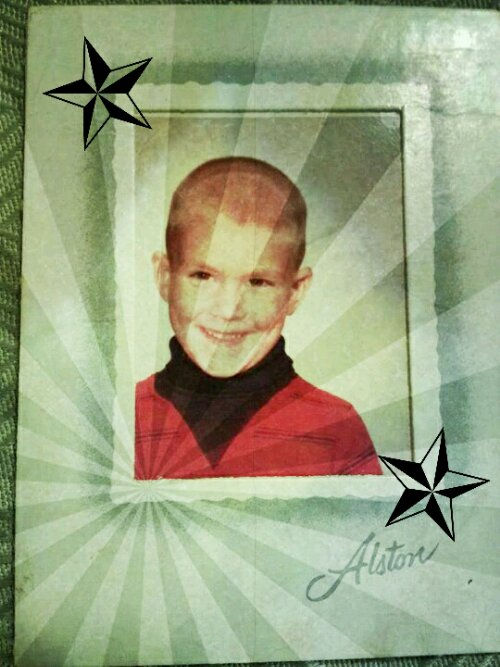 And, what I am gathering on this journey is that allies appear in life and I thank Ed for being that role for me.  And, I could see that burdock wanted me to move past sweetened stalks of rhubarb in pies and rhubarb’s poisonous leaves…to the healing edible nutrition of burdock’s roots.

So, I delved deeper.  Learning that burdock creates burrs after the flowers bloom…I remembered.

I remembered being a four year old girl and visiting a childhood friend of my mother.  This felt like a special event for the two women and I remember playing outside in the meadow like area in the back of the house.

I felt this irresistable urge to go deeper and deeper in.  Being only four at the time the weeds and wildflowers came up to my chest or higher.

Inexplicably, I kept forging a path ahead.  I even remember what I was wearing that day.  A shell pink cableknit sweater and slacks.  Usually I had a strong aversion to pink but, for some reason I really favored this sweater.

As my mom retreated into a world of reminiscences and fond reconnection with her childhood friend…I felt the tethers of my own hesitation unraveling.

There I was, deep into the middle of the weeds and it seemed stunningly and shockingly, that in an instant, unrecognizably, I was covered by sticky velcro like brown orbs.  Where my favorite outfit had been…my tenacious exploration had put me into the grasp of a completely altered physical appearance.  I had never experienced such a startling shift.

I was covered head to toe in sticky burrs.

It was then my tether to my mother twisted and braided itself back to my mother and I just hollered for her.  And, finally what seemed an infinity she came to see what my dilemma was.  And, she seemed to agree with me that I was indeed changed in appearance.  I never could get all those burrs out of that sweater.

The only photo I have of myself at that age is a family snapshot of my 2 brothers and sister and me.

So, seeing Ed’s picture of himself as a child reminded me that I had already met burdock.  It stands out as a unique and startling experience at how rapid transformation can be!

A lot of research about Burdock has ensued and please get “second opinions” but, what I’ve read is that the root has culinary and herbal healing value.

Its scientific name is:  Arctium Minus
It is in the Daisy Family! Or Asteraceae Family!

In order to harvest…look for first year foliage.  Seek expert advice here.  Do not confuse FOXGLOVE with BURDOCK.

Harvest Burdock when it has formed a base of leaves but still close to the ground.  If the stalks have formed long…then it is an older plant.

The root is deemed the most nutritious when in the fall of its first year the energy of the plant turns back down into the roots.  The roots are dark brown on the outside and white on the inside.  And taste akin to carrots or parsnips.  Second year plant roots are woody and less nutrient rich since the burdock plant is biennial and flowers in its second year.  The root is used as energy for the plant and thereby less tasty and nutritious.

I’ve tried burdock only once and sauteed it.  It stays crunchy is what I remember.  Now I have a better idea how to harvest it.

A popular Japanese dish called Kinpira Gobo would be a great way to try burdock.  Sauteed burdock with carrots and daikon… many recipes online!

What I’ve also read is that burdock is a blood purifier and removes toxins from your blood…and being diuretic in nature…you pee out the toxins.
Hey, but remember I’m an enthusiast not an expert and just like to hand out tidbits I’ve learned!

Thankyou for traveling with me on the carnivalesque way that burdock has greeted me throughout my life with the help of a friend and wild edible and wildflower enthusiast like myself.  Plus Ed’s a kickass gardener.  Inspiration!

Posted in wild edibles and the art life